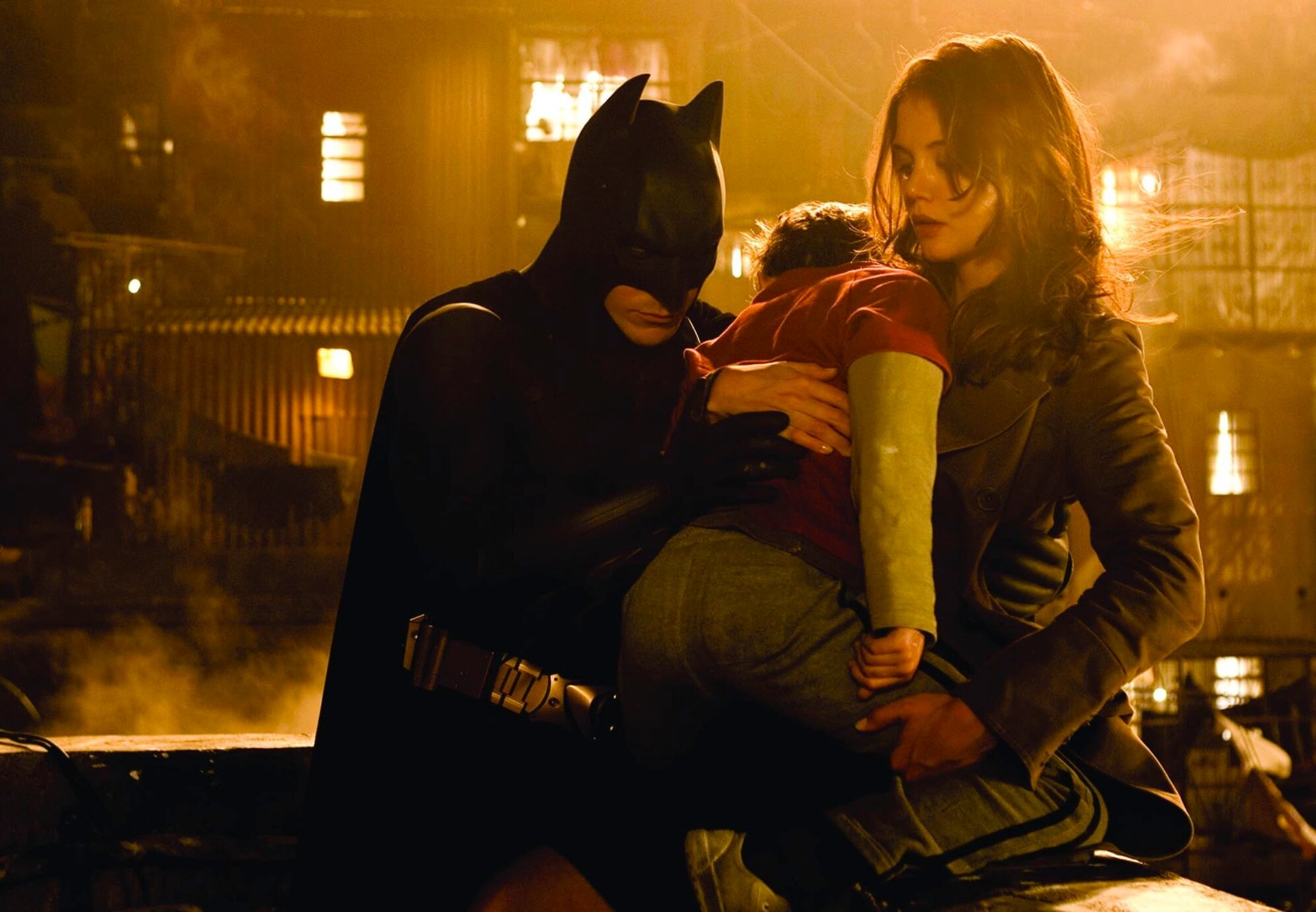 Batman Begins is a 2005 superhero film directed by Christopher Nolan and written by David S. Goyer. Based on the DC Comics character Batman, the film stars Christian Bale as Batman, along with Michael Caine, Liam Neeson, Katie Holmes, Gary Oldman, and Morgan Freeman. The film reboots the Batman film series, telling the origins of Batman in a darker way than its predecessors.

Christian Bale stars as Bruce Wayne, a billionaire who has dedicated his life to fighting crime and corruption in Gotham City. When his parents are murdered during a mugging gone wrong, he vows to exact revenge on the city's criminal element by taking on the guise of Batman. With the help of Lucius Fox (Morgan Freeman), he develops a high-tech suit that gives him superhuman strength and agility, allowing him to patrol the streets at night and bring justice to those who would prey on innocent citizens.