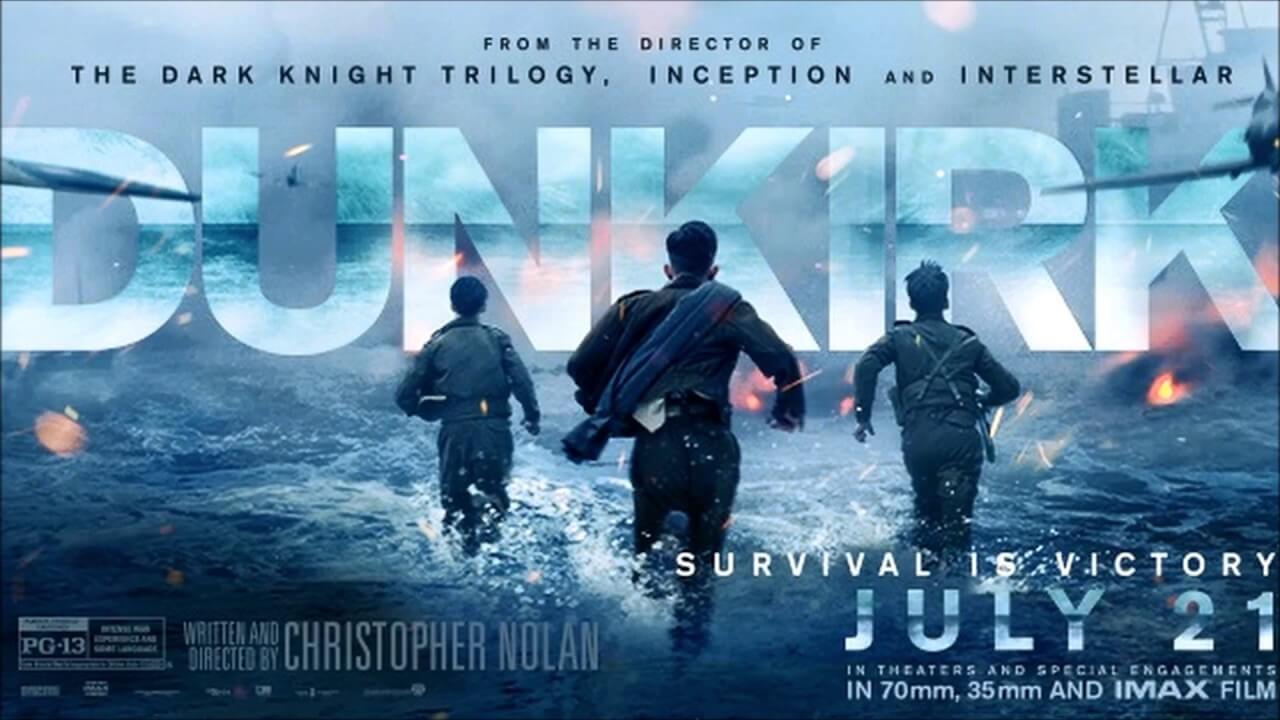 Dunkirk is a 2017 war film written and directed by Christopher Nolan, who co-wrote the screenplay with his brother Jonathan Nolan. The film details the evacuation of Allied soldiers from the beaches and harbor of Dunkirk, France in 1940 during the Second World War.

The film was shot on location in Dunkirk, France, and at Shepperton Studios in Surrey. It has been selected to be shown in the 70 mm format at cinemas in Europe.