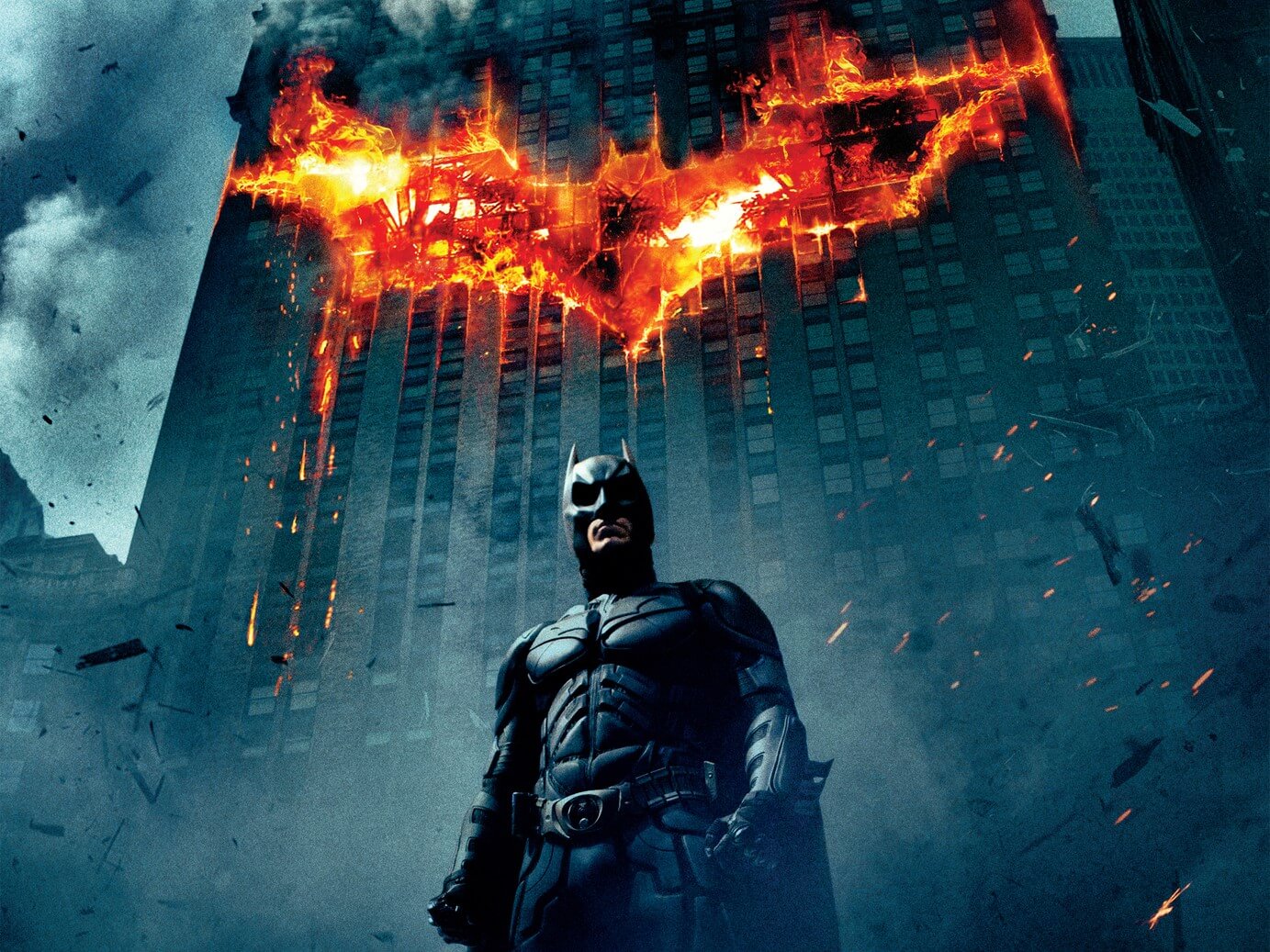 The Dark Knight is a 2008 superhero film based on the DC Comics character Batman, directed by Christopher Nolan and starring Christian Bale as Batman, Heath Ledger as the Joker, and Aaron Eckhart as Harvey Dent. It is the sequel to 2005's Batman Begins.

The film takes place eight years after the events of Batman Begins, when terrorist leader Bane arrives in Gotham City, pushing it and its police force to their limits. Imprisoned for eight years following a conviction for a crime that Harvey Dent committed, Bruce Wayne must return to his role as Batman and save Gotham from nuclear annihilation at the hands of Bane.